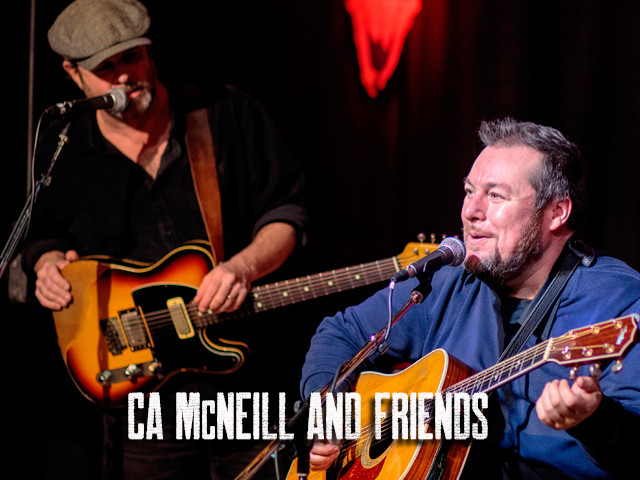 One of the last shows we did prior to the pandemic was one of those incredible, memorable nights of music that we've all come to expect at The Fallout Shelter. CA (AKA Christian) McNeill grew up in Northern Ireland during the most tumultuous times for the country and their neighbors to the south and the UK in the east. Those times shaped him as a songwriter and a story teller. His voice is both mesmerizing and intimidating, his lyrics are poignant snapshots of life and the common struggles, emotions and moments of beauty that make life's journey worthwhile. His band is simply one of the best around and features some of Boston's most accomplished and powerful players including Tim Gearan on guitar, Jesse Williams on bass, Ken Clark on Hammond B3 organ and Tom Arey on drums. A night filled with WOW moments and unforgettable music.

The Fallout Shelter is an all ages performance venue welcoming worldwide, world class music in an intimate setting. Our studio audience attends to watch the creation and production of the music television series The Extended Play Sessions. The Fallout Shelter events are immersive experiences for both audience and performers alike...a live music experience like no other.

We have a wide selection of beer and wine for your adult beverage pleasures and each show comes with a free commemorative event poster.