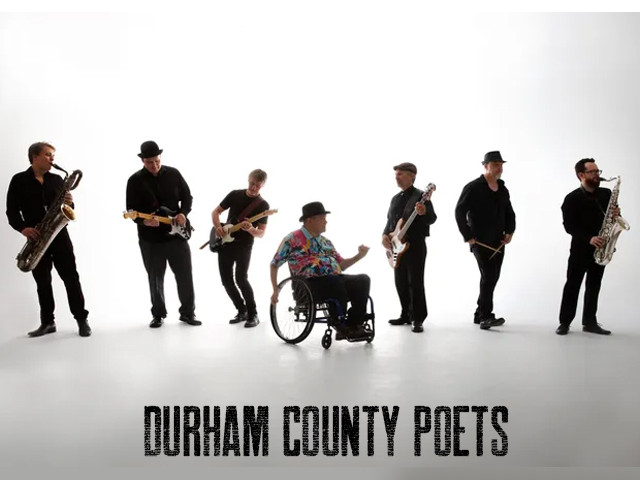 One of Canada's Best Exports!

"There's something about the Durham County Poets that leaves you feeling that everything might be OK in the world after all. There's a human spirit
that lives in these people and their music is the medium that allows that spirit to roam free." - Bill Hurley, Extended Play Sessions

Durham County Poets grew out of the lively music scene in Ormstown, Quebec, once called Durham. The five seasoned musicians, all of whom are also songwriters, work together individually and collaboratively in composing their music. Delving into a variety of styles and genres, their musical
influences include a broad range, woven together to create their own authentic style.

They have released 4 indie albums in 10 years with their latest-almost-all-blues effort receiving a JUNO nomination, followed by 2 Maple Blues nominations and a Canadian Folk Music Awards nomination for Kevin Harvey. In fact, the band was all set to travel to Saskatoon in March 2020 to participate in JUNO Festival week (and back up Dawn Tyler Watson), when the awards were cancelled, and a new reality kicked in: being virtual. This the band embraced, their first ‘online gig’ seen by thousands, courtesy of Ottawa’s National Arts Centre.

Here's a look back at The Fallout Shelter experience in 2019

The Fallout Shelter is an all ages performance venue welcoming worldwide, world class music in an intimate setting. Our studio audience attends to watch the creation and production of the music television series The Extended Play Sessions. The Fallout Shelter events are immersive experiences for both audience and performers alike...a live music experience like no other. We have a wide selection of beer and wine for your adult beverage pleasures and each show comes with a free commemorative event poster. Seating is General Admission and the doors open at 6PM. We recommend you arrive when the doors open.