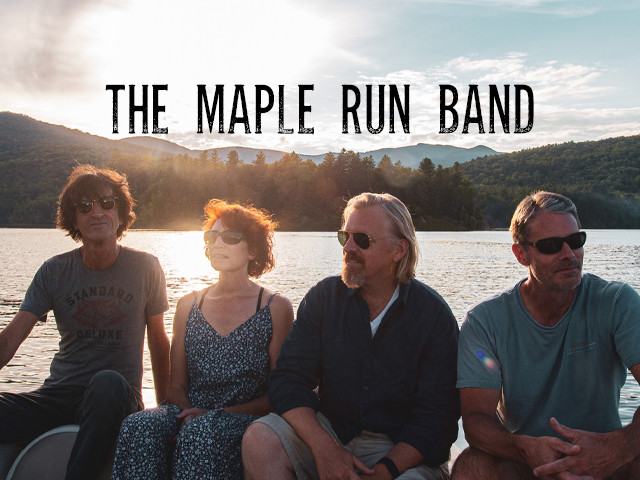 Vermont based Maple Run Band coalesced around 2019 as a collaboration between Trevor Crist (vocals, guitar, piano, organ) and Nicole Valcour (vocals, drums). The two had previously spent several years as the rhythm section of alt-country band Construction Joe. Along with bassist John "Spence" Spencer, they started performing together to showcase Crist's songwriting, with a sonic signature defined by Crist and Valcour's braided harmonies. Bill Mullins (Barbacoa, Blowtorch), joined shortly after, bringing his unique and expressive electric guitar stylings to the mix.

Crist cites songwriters like John Prine, Billy Joe Shaver, and Joni Mitchell as key influences, but also draws inspiration from a wide range of storytellers across a variety of mediums, from Robert Frost to Eudora Welty to the Coen Brothers. "Crist knows how to turn a phrase and populate his songs with people who aren’t cardboard statues." writes the Times Argus in a review of the new album, Used To Be The Next Big Thing. Glide Magazine says that the album serves as "a work of fiction, a collection of short stories about the average everyday woes that wear us down as we progress through life, but with a playful irreverence that reinforces the idea that things just might be okay in the end". Seven Days, reviewing the new album, writes that "Crist has a gift for writing poetic lyrics that fit snugly into the instrumentation of the track. Each song on the album is a fictional vignette, and Crist thrives on the freedom and creativity that this approach offers. The characters he creates have a playfulness that,
coupled with the retro vibe, makes for some fun music."

In 2021 the band started recording the follow up album, Used To Be The Next Big Thing. The album was recorded in a refurbished 1800s carriage barn in the Vermont woods. The sound and character of the space helped to define the organic sound of the album. The new album features 8 of Crist's songs, along with two songs Valcour co-wrote with David Kammerer (Construction Joe). The band was shooting for a 70s soft rock/country rock feel in the production, and they brought in new layers of instrumentation (Hammond organ, Rhodes piano, etc) to achieve that goal.  "The band have been quite successful in their quest," writes Americana UK. "There’s a hint of the Allman’s circa ‘Brothers And Sisters’ in the opening song, while ‘Loretta‘ would sit comfortably on any number of singer/songwriter albums."